My husband and I have been together since we were kids in rural Michigan.  Our families still share vegetables, (mostly because they want to rub it in each others faces who’s came in first and who has the biggest) and my husband never had a washer and dryer growing up.  Sundays were laundromat days with just him and his dad.  It wasn’t that they couldn’t afford to buy a washer and dryer it was because he was growing up in the family farmhouse.

No electricity on the second floor kind of house.

The kind of place where the windows would freeze up on the inside during Michigan winters and the outside was peeling plywood.  Eventually they would push the place over with a tractor and drop a modular home where it once stood but that was after my husband was raised and gone and long after his mom moved out with his sisters.   He rode dirt bikes and when he could finally drive legally he drove HIS car that had only one knob that you moved around to control everything on the dash and it smelled like spoiled milk and you didn’t care because it was $50 bucks and you paid in cash.

His dad was stabbed in a bar fight (he lived) and his mom worked in one.

His cousin had a baby in the bathroom at the VFW.  No one knew she was pregnant but now everyone knows she is the girl who had the baby in the toilet.  That is how he grew up and what made him who he is or like he says, “That’s why we are raising our kids ten hours away.”

I had twins with many health problems the first year so I proclaimed I was NOT going back to work to support us.  We would have to make due on the little bit of student loans we could get.  That meant sharing a car.  My grandparents thought this was completely stupid.  Who would have thought that someone from their generation would think a one car household was stupid?

This giant gold van pulls into my driveway one day.

My grandparents get out of it and they tell me its mine.  This is not a minivan.  This is a full size conversion van with running boards and mini blinds.  I smile because I have been raised right as they show me why we need this house on wheels.  It was customized.  It was customized?  They didn’t know that my giant double stroller folded up.  Picture the front seat being two giant RV chairs and an oak dashboard/control center.  I have an entire panel of mood lighting controls.  The middle row is a bench that you climb up a couple of steps to get in with only one door on one side and this is where it gets freaky…there is a piece of glass directly behind the second row bench.  It has the wall of glass like a limo.  Behind the glass is a truck bed.  It is half truck so you simply toss the giant twin stroller in because they didn’t know it folded up.  Do I not have the sweetest grandparents ever?

Now look at it though the eyes of a 27-year-old woman who just had two babies, I have two babies nursing on me constantly.

I feel anchored to the center of the earth.

“ghetto gold-Chester-theMolester-no-one-will-park-next-to-me-at-the-mall-for-fear-of-being-abducted” full size conversion van to drive around my hometown, that I just moved back to after five years of living away.  They are all going to see we made it BIG.

I just kept smiling because I was pretty sure the giant “Half-Back” that was printed across the front window, so if you were standing in the front of the van and you couldn’t see that the back half was a truck, you would know, was actually stickers that I might be able to scrape off.

Flash forward several years and we got the heck out of our home town.

What were we thinking moving back? 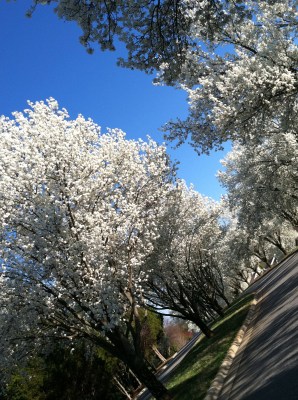 We landed in the south, in a “country club community”.  In a “gated” country club community.  Jim worked hard and is a physician now.  His parents both take credit that it’s from their side.  He does have some MAD pool playing skills they endowed him with.   I sang George Jefferson’s “Moving on up” for months as I padded around our new home.

I have never met a more comfortable seat and never had to leave anything behind because it didn’t fit in the car on a road trip.  The blinds were now a little crooked and the fabric seats keep our shampooer plugged in and I may have torn a running board half off while making a turn but it was free.

My husband kept asking me to pick out a new car.  I couldn’t stop telling people about my neighbor lady that apologized for not waving to me because she didn’t recognize me in my “van”.  She went on to explain she though I was a housekeeper.  Nice.

I kept saying “NO” to my husband about replacing Chester. I told him with three boys and their stuff I needed a car that big.  He finally pulled into a Chevy dealership and said pick out the color of a Suburban .  I said, “White and can I get leather seats?”

The next thing my husband does is insist we get those stickers of that represent our family and plaster us all across the back.  To me these are like a dog marking its territory.  It is as if someone lifted their leg and marked the car so everyone around would know who it and its contents belonged to.

I have always had a theory that those stick families are not on the people’s cars that knew they would eventually find themselves a family.

They are for the people who weren’t sure that someone would marry them and then agree to have their kids and then they would all stay together long enough that you need stick people in various sizes.

I buy them and hope he forgets but he doesn’t.

I put them on but I did not put them in order of height.  It was my protest.  The entire time I was putting them on I kept thinking of the “half-back” I removed from the front of the van my grandparents bought us.  My grandparents are now gone and it aches.  Those little stickers mean something to my husband and I understand.

I often tease that the club and neighborhood didn’t do a good background check before they “let us in” because we felt a bit out-of-place in this environment.  That is when I am, again, reminded that God has a sense of humor because my new shiny license plate for my shiny new Suburban comes in the mail and my plate randomly says…

There were news reports that these were indeed printed mistakenly and that we could return them to the license plate office.

I like the irony.  I like where we came from and believe it or not I like where we are.  Sure, my kids never have to wonder if I’m frying pork chops to mask the smell of Marijuana and they don’t know how to shoot a squirrel out of a house window but they are sweet.  I drive my clean white Suburban with the ironic license plate  proudly and with a smirk. 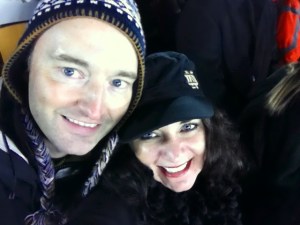 I thought my husband was going to kill me when he read it (and because he screamed for me to come in the house when he came home from work) but then when I came in (from fake gardening out by the road – hiding from him) he was a little teared up.  Then he gave me a future post idea…he told me my story was so touching but my grammar and punctuation was, “like a man who is an adult film star but really ugly.”  Bahahaha!  I only emailed him the story because someone we know, (the only person I know who has read my blog) tweeted a link to the story and FB’d it and I was like crap…its about Jim….I better tell him first (that I told the story of the cousin having a baby in a toilet and the other family stuff).