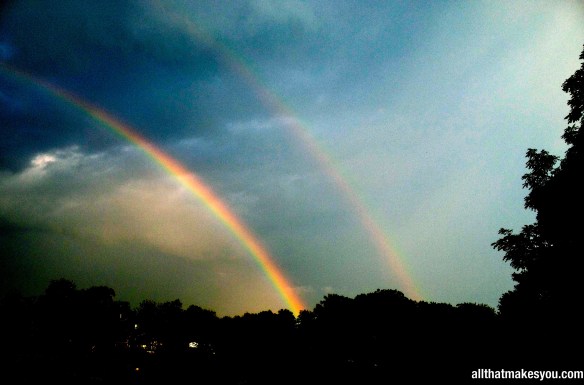 Seven years ago I found out that I just don’t handle hurricanes well.

I had to Google search the name of the one this week, Isaac.

It isn’t that I don’t read the news or keep abreast of current events.

Seven years ago today Hurricane Katrina was bearing down on our southern coast and I watched, with the rest of the country, its progress on television. I am not watching Isaac descend on the anniversary of Katrina.

Katrina was in the background while I was cooking and cleaning and folding clothes. There were reporters interviewing residents. They asked people if they were staying and riding the storm out or evacuating. Reporters told us that seafood prices would rise and that power could be out for days and that residents were being told to leave New Orleans.

New Orleans. I had not been to New Orleans but I had always been excited to visit the city one day. We had recently relocated to the south and New Orleans was on our list of cities to explore on a long weekend trip.

A few of the news programs I was surfing, as Katrina was approaching, were highlighting the levees and they were interviewing civil engineers. I sat and listened as one engineer spoke with such concern that the levees would never be able to handle a storm this size. He then talked about a study using a model to show what would happen to New Orleans and the surrounding areas if ever a hurricane of Katrina’s size hit land.

It was a devastating scenario.

Just then Jim walked into the kitchen to pour a cup of coffee and say goodbye before heading to the hospital to work.

I kept thinking about all the people who said they were going to ride the storm out and the danger they would be placed in if this man was right. I thought about the rescue people who would also be put in harms way while having to save people. I began thinking about the people who really didn’t have any place to go or the means to get there. The old people whom neighbors barely noticed were shuffling around their houses, inside. Who would offer them a place to go and a way to get there. Who will look for them when the storm passes?

Jim gave me a kiss and a hug. He told me that sometimes these storms fizzle out as they make landfall and he mentioned this was one persons opinion of a possible situation. We talked briefly that there is nothing I can do in my kitchen in North Carolina and he went off to work.

I sat at the kitchen table and said a prayer.

A little while later a delivery man rang my doorbell. He handed me the prettiest bouquet of flowers.

The card in the flowers told me I was sweet and that Jim loved me.

I couldn’t do a thing before Katrina devastated so many people and their families.

We pay taxes and we pay insurance and we hope the government and the media outlets inform people when they need to evacuate.

I grew up in the midwest and in fear that a tornado could form quickly and in the middle of the night. A tornado can give no warning and they are hard to track. We moved to North Carolina during hurricane season. We even bought our first house here without a basement.

It seems like such a gift that we know when a hurricane is coming, days in advance.

Katrina made me think.

Happy 15th Anniversary Jim (tomorrow) and thanks for not sending me flowers seven years ago a day later but instead you sent me “hurricane flowers.”

You knew just what would make me feel better.

Follow me by pressing that little button on the page