For us this massive ALS cold water challenge phenomenon has a name and face attached to it.  Please read this because if ALS hasn’t affected you yet, it will one day.  Let’s try together to help stop this disease.

This is my friend Larry Hughes and his wife Kim, aren’t they pretty? 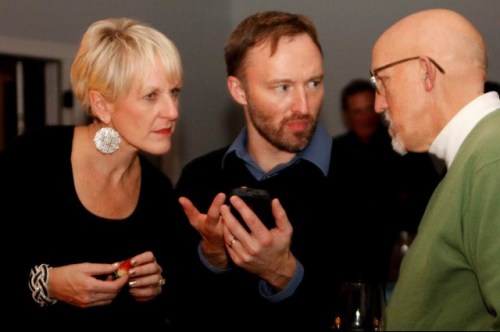 They were over our home on December 21, 2012 for our 40th birthday party. Our photographer captured this conversation. I love the candidness of this picture. I was there too, listening carefully to Larry talk.

The expression on Kim’s face, her concern for the man she married is raw.

This picture represents what a sneaky beast ALS is.

You see, this picture was taken before Larry’s ALS diagnosis.

Larry was describing the weakness in his voice, softly because that was all he could.  My husband Jim, a physician, was giving them some advise on what tests Larry needed to have done.  Larry was talking about little things that were beginning to become bothersome.

ALS is a disease that starts out so small and snowballs into such a train-wreck on the body, and those the person loves.

Many people believe that not much has happened in the field of research for those that have been diagnosed with ALS. I always thought that once you are diagnosed with ALS there was really nothing you could do.  That was kind of the case for a long time.  I will share what I have found though to the contrary.  That information was gleaned after hearing a physician researcher talk about what we now know because of research done right here at Duke Hospital in North Carolina.

That research would not have been done if people did not donate money to run the labs.

We all have to decide what we can give, but even if everyone could give just a little to ALS research then ALS may no longer be a three year death sentence.

Larry has said that this diagnosis was part of God’s plan and he has handled it graciously. He has been traveling the world with his family completing his bucket list that has included zip lining and golfing in Scotland with his children. 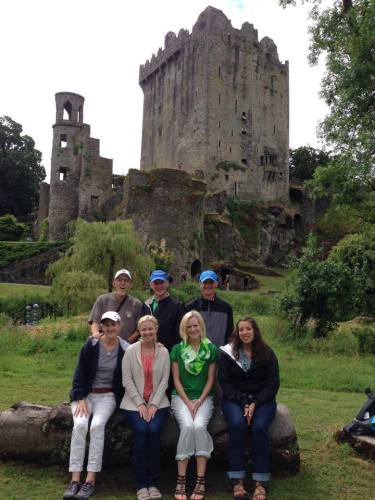 They didn’t handle Larry’s diagnosis so graciously.  They decided to do something.  Here is the thing, when you decided to throw yourself into trying to make a change to find a cure and treatments for a disease that will eventually take your dad and you do it knowing it is too late for him…you rock.

Larry and Kim’s children are raising money that goes directly to ALS research.

Please click this link and meet Larry and his message.  You will also see links to Dr. Richard Bedlack and hear him talk about the Duke ALS Clinic and the gains made recently in ALS research.  I know Dr Bedlack personally.  Your donation to THIS ALS clinic will go directly to fund their amazing research.

Want to see what Larry and Kim’s kids did? 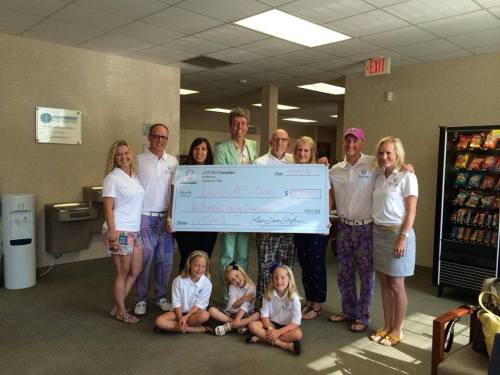 Here is how you can donate. The golf tournament is over but the donations are still accepted.

We are lucky to count them all as dear friends.

ALS has a name, a face, a family and a story.

I hope you never have one, but chances are you will have a person to attach this disease too.

Please donate to help that person have options and treatments.

So if you are participating in the ALS Ice Bucket Challenge please don’t forget to place your donation with an ALS charity.  I can make it easy for you to find one that goes directly to an ALS clinic that is making great strides.

The golf tournament is over but donations are still being accepted and will be given to Dukes ALS research clinic.  Here is what they are actually doing for ALS.  This was the information that made me excited that if we can continue to help fund this lab then possibly we could have new treatments for ALS.

Today there is group cold water challenge in my community and you are invited to attend. 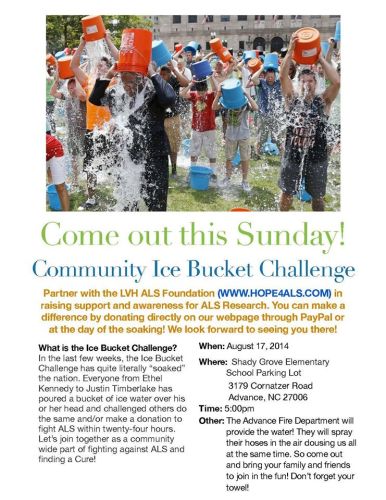 There will be news crews there and the opportunity video challenge someone else.  Bring the family out and let’s keep this going folks.  There are too many people  we love that are fighting, have fought or may fight ALS.