There was much commentary when my husband and I saw this street sign today. 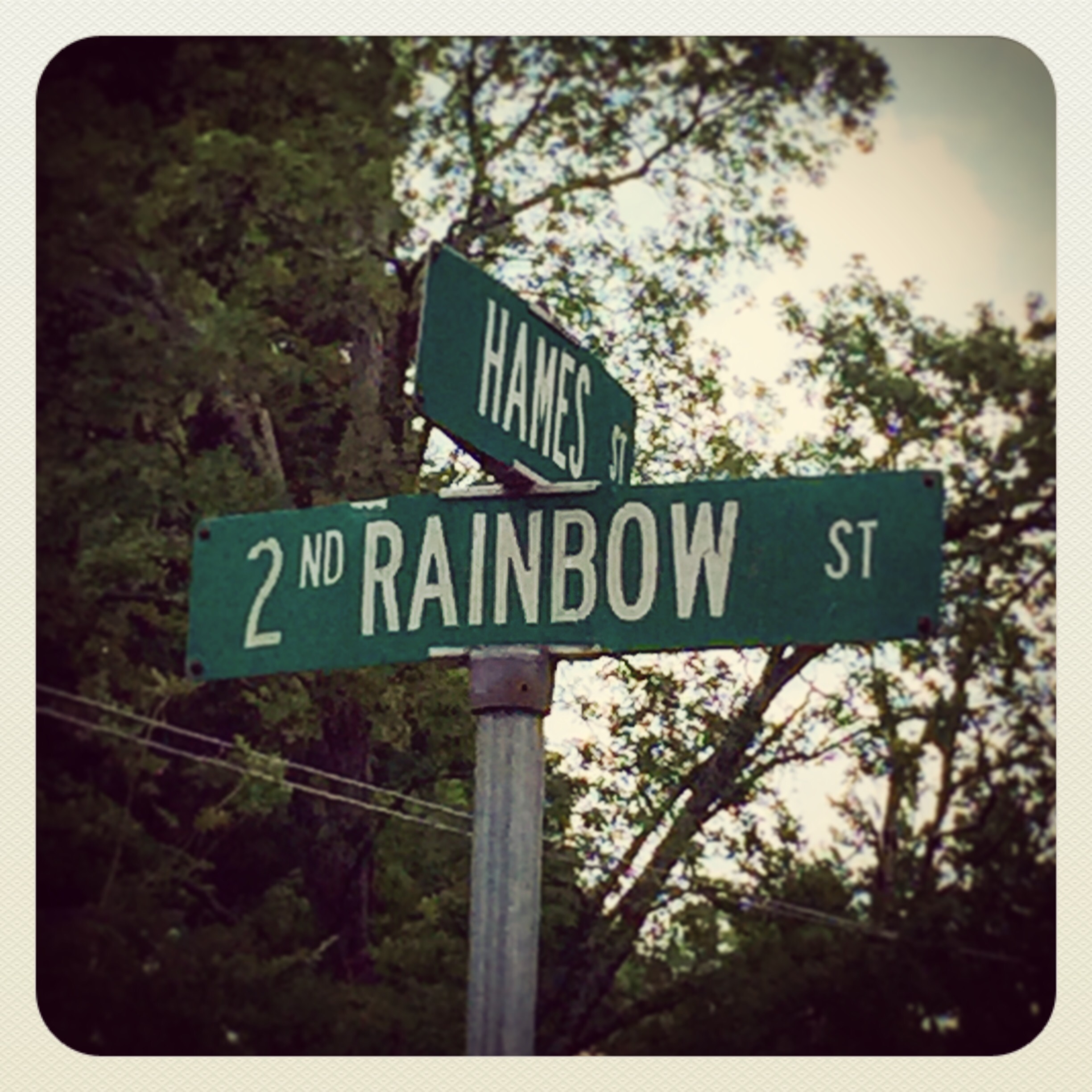 All of it was done in the voices of “O Brother, Where Art Thou?” Characters saying things like,

“Why, I believe you just named the second Rainbow Street by which its before mentioned name we appreciate.”

“So, there we have it then, the second rainbow street will be Second Rainbow Street but we will use the number two and a little N and D so it can be like its cousin second street but ours will have rainbows cuz everything is better with rainbows, and Dapper Dan.”