I spent HOURS making an iMovie for me to lip sync in front of, in the name of a charity fundraiser event at our country club for Hospice.

Not so far off perhaps.

When someone asks what number I am doing for the charity event, I reply “Rehab” and they always get the biggest smile and say enthusiastically, “PERFECT!”

My husband Jim gets in on the act as well.

He always says the same thing, “I am not doing that.”

He always does though.

This year he did it with extra awesomeness.

I have no idea why he is jogging.

I do know he is nuts.

Nuts in the name of Hospice.

I also know he must love me because he gets up there and then doesn’t strangle me the next day when people are posting his “running man” on their Facebooks, because you know they were.

A year ago I pondered why people call me when they are going to a “pimp and ho” Halloween party and are in need of clothing. 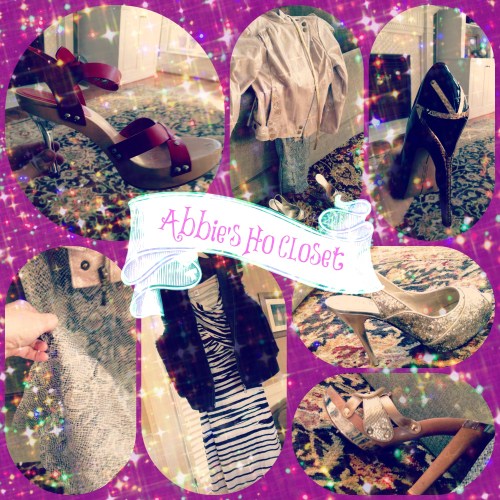 This year I am left pondering why I was asked to be Amy Winehouse in “Rehab” for our clubs annual Hospice charity event.

Here I am two years ago as “Lea Michele” lip syncing to “Somebody to Love.” 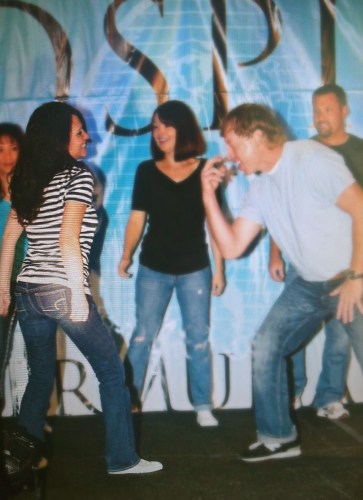 Don’t I look like I am in high school?  Bahhhaa!

What causes do you support?  Are you willing to drink too much and lip sync on stage so you are “in character” in front of all your friends and neighbors?

Our community has been putting on this fundraiser for over ten years and they have raised over $700,000.  I tell you this because it amazes me that having this much fun also helps Hospice.

What charity would you want to get involved in if you aren’t already?

Abbie can be reached at abbie.gale@allthatmakesyou.com