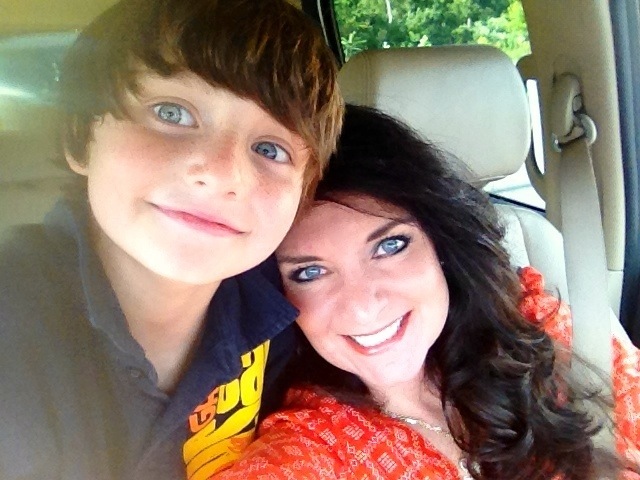 Our eight year-old Peter and I spend a great deal of time in the school parking lots.  We are either waiting after we drop off his brothers at the middle school or waiting to pick them up.  Sometimes we play games, usually listening to music, and he likes to read to me his books from the school library.  Sometimes we take our picture and send it to dad.

Just last week we were using our Friday morning time to study his second grade spelling words for that days test.

Me, “Character. Take a look at the word CHARACTER, It is a tricky one. Can you think of anything that would help you remember how to spell it for the test?”

Thank goodness they put him in the gifted class.  That means they must appreciate the humor I bestowed onto him and know he is capable despite being a character!

He didn’t get my abilities in school.  I was in the gifted program ,as well at his age, but as soon as they introduced homework I was a talented and gifted reject.  I did NOT like school and I never did homework, unless passing the grade was riding on it.  Oh, and trouble!  I had a desk in the Principal’s office.  Don’t tell my boys.  They are so good.  So good.  They probably got that from my husband.  He only got into trouble once when he was in school.

It was for attempted murder.  Once he explained that he wasn’t poisoning her and that the paintball “gumball” he gave her was made out of gelatin he didn’t have to do any hard time, other that a couple days of suspension.  It just made me like him more.

He started liking me when we were in high school.

He gave me a ride home from school and I pushed him in the pool.

Peter did get all of the words right and most of the bonus words and I even looked at his hands, nothing except a chuckle when I asked to see them.

If you enjoyed this head on over to “The stuff my kid says.”. The child is a riot.

I am off to Charlotte today to attend the Southern Women’s Show.  This should be fun.  I am meeting a group of folks from The Balancing Act on Lifetime.  This afternoon I was invited to a meet and greet with Teresa Giudici from The Real Housewives of New Jersey.  I know right!  I have so many rotten thought going through my head.  I could dress up and look a lot like her then when she talks I just mimic her.  I could scream, “This is for Caroline and throw a drink on her!”  I wouldn’t!  But you know I would make it onto Talk Soup and I only know once person that has ever made it on Talk Soup.  Honestly, I am more of a “Talk Soup” kind of content girl but ya know…I was quoted by a reporter on CNN this week.  😉  Sorry, I am going to bring that up for a little while.  A little while.  CNN BABY! 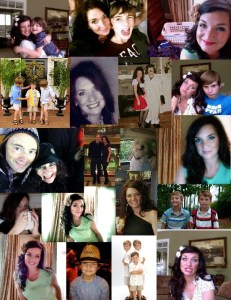