There is a Name for That, Dysgraphia.

Our youngest son is in 4th grade. 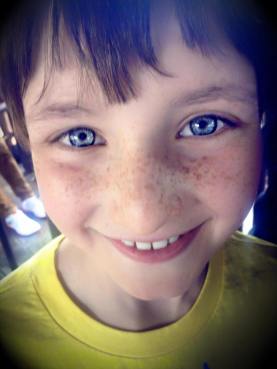 His bangs are supposed to be feathered to the side. We do not use hedge trimmers to cut our kids hair.

His name is Peter and he is smart and funny and people are drawn to him. He is an old soul with an inventors heart and a playful laugh.

He is so smart one time he enrolled himself into a homeschooling program. Like, HE ENROLLED HIMSELF and I found out when they needed payment. You can read that little funny here: Boy Genius Drops Out Of School

Peter also tried developing an app recently. I found out about that when the app development company called with some questions about the app’s design and when “Peter’s mom” answered the call it left the business man asking exactly how old Peter is and that led to me asking this MAN how old he was that he was calling my CHILD. This all led to us both figuring out my CHILD was trying to develop and app on the internet. The gentleman from the app development company was very kind to tell me that I have a very bright and special kid and that they never imagined a child had submitted the plans. After a good laugh he made promise to encourage Peter’s creative ideas. That doesn’t mean I didn’t include a lecture to Peter about where he shares our phone number and why he shouldn’t be putting it out there on the internet. 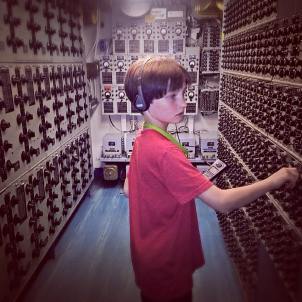 He is ten years old and his handwriting would lead you to believe he is six.

I have dismissed his handwriting, saying whatever is wrong with him he inherited it from me and my husband. I write like a ten year old boy would write, if he were holding the pencil with his feet. 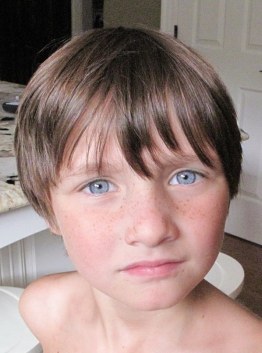 My husband and I can’t tell our handwriting apart, and he is a doctor.

Upon hearing at his parent teacher conference that he needs to be tested for “dysgraphia,” which I had never even heard of before, I burst into laughter. I told the teacher that if he has this “disorder” he has clearly inherited it from both his parents and that means he has a 50/50 chance of being a successful doctor, like his dad, or a really bad housekeeper, like his mom.

I was a bit flippant considering how often do we hand write anything anyone else haas to read?

How important is good handwriting anyway?

How neat does a physician’s form in a waiting room need to be? He can get it down…it’s just not pretty.

Well, seven-hundred dollars, two days and a two hour conference later and we do know our son does, indeed, have dysgraphia.

I did some Googling.

Dysgraphia is a deficiency in the ability to write, primarily in terms of handwriting, but also in terms of coherence.[1] Dysgraphia is a transcription disability, meaning that it is a writing disorder associated with impaired handwriting, orthographic coding (orthography, the storing process of written words and processing the letters in those words), and finger sequencing (the movement of muscles required to write). -Wikipedia Definition

Never mind all of that.

The kids have too many #snowdays Funny story on my blog today about our 10 yr old looking for the GIN You can click the link in my bio above to to take you there http://t.co/bHoUc545y7 http://t.co/TA6wjMHTjn

He is tickled that he gets to use a laptop at school and get this…remember all the complaining and “building a case” he has been trying to prove to us and his teacher that cursive is stupid?

HE DOESN’T HAVE TO LEARN CURSIVE NOW!

The child psychologist said something like his brain will melt or explode if he has to learn cursive.

We also opened a window into his soul with this psychological/academic testing.

Do you think this means he can do our taxes?

I don’t want to talk about his other scores. Let’s just say he may be smarter than all of us, and even his dad, the doctor.

This will not bode well all around.

I joke around about my handwriting but in reality it was rather difficult to write as a child and back then people weren’t looking for reasons a child’s handwriting was bad, I was just called “lazy.”

I remember after a few years of poor penmanship marks the year they decided that if I wrote the alphabet 26 times, once for each letter, every night that surely my penmanship would improve.

I cried at my beautiful painted “Pennsylvania Dutch boy desk.” I associate the alphabet with the smell of that antique desk and feeling like it was a prison.

A bit melodramatic, but true.

When Peter came along and I tried helping him with practice sheets and dry erase boards and even games on the iPad to follow the dots to make pretty letters, I saw that he could not do it.

He can’t even keep the left margin in a straight against the pink vertical line.

“It is so easy,” I would say. “Just start the word to the right of the margin” but by the time he was at the end of the page he only had room for two words on a line. 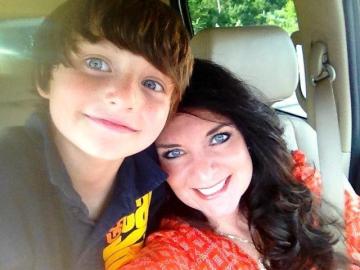 Thank you for changing times and the reality we are all realizing that we all learn differently.

We all have strengths and weaknesses and just because he struggles to form letters with a pencil, it doesn’t mean that he doesn’t have volumes of important things to say and share. 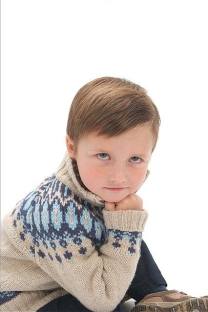 We will get him a laptop for class and we will invest in a good voice recognition program to capture his thoughts.

I loved that the child psychologist that tested him said that asking him to write legibly is like asking a blind person to stop walking into walls.

You can train a monkey to operate a tape recorder. You can hire a professional note taker for a class in medical school. What is important is that the information is learned through studying, comprehension and reasoning.

We have a son who is very bright but he may not be able to write it down to tell you, and that is ok.

He can speak it or type it or his mom can write it down in her blog. 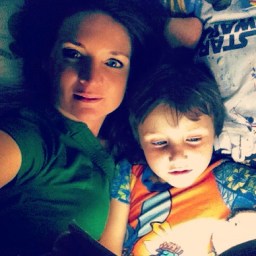 The first bedtime story he ever read me.

“My boy is wicked smart.”

Have you had any of your kids be diagnosed with dysgraphia?

How hard was it dealing with all of the accommodations.

You may also like these stories I have written and shared:

“The Stuff My Kid Says”

“Signs You May Be Raising A Mark Twain Character” 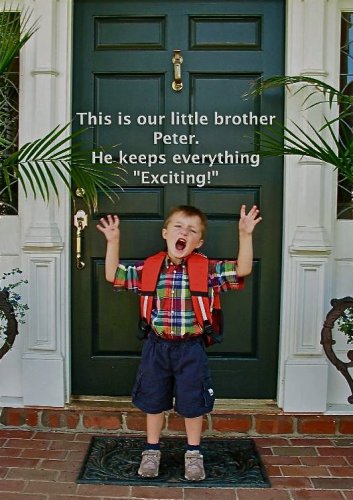