“That” family that faked the Bigfoot pictures…were kind of more like them. 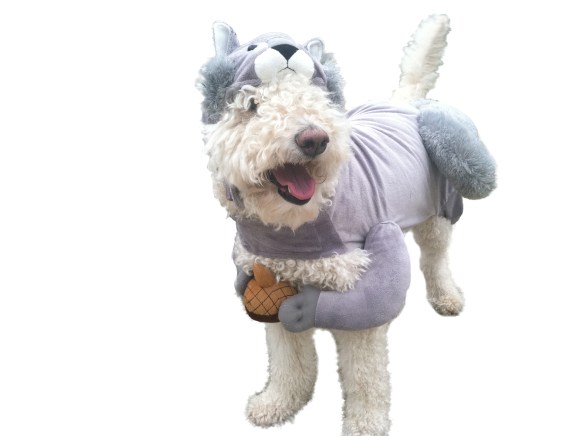 My mom always said she had kids to get the dishes washed.  If we complained about doing dinner dishes she would say, “You shouldn’t be complaining about the dishes.  I had you to do the dishes.  You should be thanking the dishes.  It is because of dishes you exist.”  She wasn’t very funny when I was a kid but every year I am a parent  I think she is funnier and smarter than the year before.

Sometimes I am  a little like my mom.  I admit I find where I am in my life a bit ridiculous.  I am thankful and wouldn’t want it any other way but it’s a bit silly.  When someone calls our house wanting to talk to someone else the person answering our home phone usually picks up another phone to call the person that is in our house and tell them they have a phone call, versus having to look for them.  I find it stupid that the house has twelve sinks in it that I am “responsible for” and that our relatives believed my kids when they told them the airplanes buzzing above our house were “neighborhood security”.  I know that when people drive by they think I don’t wash my kids clothes, and that I have someone “do that for me.”  The neighborhood babysitters think that I am my own kids sitter.   Most people probably think that the guy that mows my yard also plants my flowers and tends to them while I drink wine with my girlfriends.  The reality is we are just like everyone else except the house is bigger and we don’t own a lawn mower.  I would never consider us “rich” but that is the word the kids hear at school and what friends tease us about with living where we live.

It was the beginning of fall and we learned a hard lesson the Halloween prior.  If you want a costume in your size you better order in September.  In a home with three boys, Halloween may be more anticipated than Christmas.  We have a family Halloween party every year on our street and our family decided to dress up in “Star Wars” costumes.  We all picked who we wanted to be and of course…I was Princess Leia,  Jim was Darth Vader, Avery was C3PO, Mitchell was Chewbacca and Peter was Luke.  Even the dog, Lilly, got into it starring as Yoda! 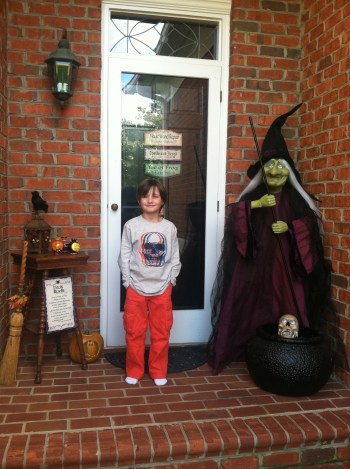 I admit, I go a little crazy at Halloween.  This is our side porch “Witches Shop.”

The costumes finally came in the mail and it was mad excitement.  We never made it off of the foyer rug.  Boxes and plastic and tissue were strewn about and then we all saw the beautiful Chewbacca costume.  It even came with hand and foot covers and a full fur head piece and a brown shoulder cross-over bag.  I suddenly had Chewbacca envy.  Mitchell immediately put it on and I knew exactly what had to be done.

It was ninety-five degrees and hotter than it should be in the south in the fall.  We had new neighbors building a house across the street.  We call it “The Monster House”.  Not because it is scary or ugly but because it is so big and super close to the street and the neighbors on either side.   It kind of looks like it is going to eat all of our houses.  We are talking peoples satellite dishes stopped working.  The house to the right of it hasn’t seen daylight since the second floor went up and let me just tell you the laundry room has two chandeliers bigger than I am in it.  Our house, that sits directly across from it, looks like their (one) child’s play fort. It is so big that my kids risk their lives daily that a gawker is going to jump the curb while looking at the “Monster House” and run us over across the street because we are invisible.

So to be sure everyone understands, when they were building this house there was a small village of people working at all times.  They were there that day hanging from the roof with rappelling equipment putting copper “flag things” to the top of every point, trying a second set of wood shutters because they didn’t like the first, moving full size landscaping in, and washing and painting…

I knew how to get these guys talking about something other than the “rich folks” that live on this street and questioning why “rich” people have a sitting room in their powder room.  I decided to give them something fun to tell their kids that night…

I sent Mitchell out to get the newspaper at the end of the driveway, in the full Chewbacca costume!  He opened the front door and walked slowly, almost exactly like the REAL Chewbacca.  His arms were hanging and he strolled on across the front brick walk and then down the driveway.  Inside Avery, Peter and I were in the window with tears rolling as the guys across the street stopped hammering and moving and some walked over to the curb to try to figure out what was going on.  Mitchell bent down and picked up the newspaper and then…to confirm he indeed carries my and my mother’s DNA he tucked the newspaper into his cross-body Chewbacca satchel and strolled back down the driveway and sidewalk and across the front porch and in the door.  Princess Leia, C3PO and a Luke all high-fived Chewbacca and we all ended up on our butts laughing.

This is why I had kids.  We are all a little like that family that took the photos of “Bigfoot” and told people he was real and then admitted many, many years later it was all a hoax.

You know at dinner those men went home and told their families about the crazy a$$ “rich” people that dress up as Chewbacca when they are at home on a ninety-five degree day.

Follow me and come back for my post about raising Huck Finn, (Peter) our very own “hillbilly hand fisherman” on a golf course.

The Chewbacca costume went immedietly back in the box at the front door.  When Mitchell took it off after our prank he was covered in sweat and fur.  It was coming out by the handfulls and in his eyes and mouth.  We ordered a Storm Trooper costume and this is yet another reason to order those Halloween costumes early.  Don’t think for a second the dog was wearing that costume and sitting still for a photo.