As I see folks avatars changing back to their regular and best version of themselves out here in the great big world of social media I switched over to see what was going on in my private and personal, very personal, and small circle of family and friends. My inner, inner circle where they know me the way people know you when you have sat beside each other at weddings, funerals and held each others babies and shared dinners in each other’s homes.

I found a young man whom I am family with, but not by “real” blood, but related by other family. He had posted some surprising words.

Surprising words to me as I have known him since he was born.

He is smart and talented and now a dad himself.

He said he is “kind of sick of hearing about the marriage equality issue.”

He went onto say that there are far more relevant things that are happening now. He mentioned the sad and dire conditions Americans are facing and said this is just a non issue to him.

He was kind. He wasn’t against marriage equality or for it. It just didn’t matter to him he said.

He said he was sick of seeing everyone talking about it, the red avatars staring at him.

I thought, perhaps I should just let it go.

He is a young man. He is a new father of a little girl.

One day he will figure it out, why people are painting Facebook red. 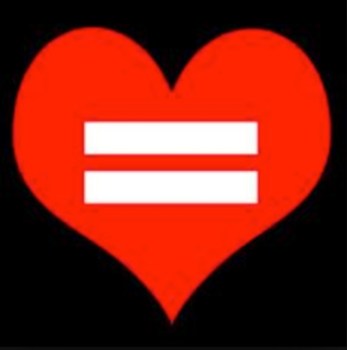 I am just now using that phrase regularly. I didn’t know what it really meant. What it meant TO ME.

I am learning though.

When the state I live in decided they wanted to put on the books that marriage was defined as between a man and a woman I had just began blogging.

I blogged about it because that was how I dealt with it. I was blogging back then without telling people. I was afraid of the backlash and the judgement.

Actually, I wrote a letter to a mom who I knew who was asking for support for the “Gay Marriage Amendment” and on her Facebook page she stated she was “praying.”

I wrote to her and to others and I threw it out into the world online, to the people who did not know me. The people who have never shared a meal with me. Who didn’t know if I was straight or gay. I shared it and I decided that this is what blogging meant to me.

Here is my post if you haven’t read it:

Dear Parent’s Who Do Not Think All Americans Should Have the The Same Rights,

Social media is our “march” for those of us who are home with our children or writing and reading on our lunch breaks.

You don’t participate in social media and expect it to be one sided.

I decided that I care about this young man more that to just ignore his words or “like” to let him know I read them.

I wrote to a young man, who I knew had grown up in the age of technology and instant sharing. He has been educated and perhaps calloused with the “idea brigade” that is constantly being beaten against the back of our laptops, trying to reach through the glass and find people to agree with us, or argue with us.

Here is what I wrote. I now put on my blog so that one day my own children might read and know that their mom participated in bringing about change.

Dear Friend, perhaps marriage equality isn’t relevant to you now.  That is because you are young and may exercise all the rights that all Americans have. What if your daughter told you one day she was in love, the person had matching private parts and despite paying taxes and into her benefits at her job she can’t share her life fully with the person that she wants to marry, but may not.

There are always events that will be more dire. Is there anything I can do about the two bombers the US sent from Missouri to Korea? No, but I can help stop Americans trying to take away the rights of other Americans. I am thankful that when we had dire times in this country, and there have been MANY, people still stopped and said, “It is bull$hit blacks cannot sit at the lunch counter to eat.”

This is happening now. This is YOUR generations history and frankly, I am excited for it.

You know, people are talking in social media because it’s our “sit in” or “march” and it’s what we do now and I think its beautiful and I am proud to be part of it.

It is what makes us, American…and right in the world.

You will see as your daughter grows how passionate you will become to make policies fair.

Sorry, but in my own social media stuff I am seeing tons of it and when I flipped over here, to my personal page I was surprised to see a young man with this opinion. You probably just inspired another blog post.

Abbie Gale at “All That Makes You…”

File this one under “THINK” 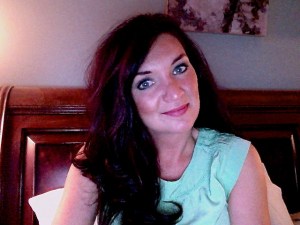 Abbie can be reached at abbie.gale@allthatmakesyou.com