You know those airfare deals when you can fly away for $9 and to get home its $20?  They charge you taxes and fees, and for luggage, and even extra for water, and they make you de-ice the plane in Detroit and you can’t fly Wednesday through Tuesday night?

Ok, they don’t make you do all that but they do make it nearly impossible to actually use the airfare.

Once a year my sister in Michigan starts getting all “Jack from the Shining” and her kids are calling to tell me, Aunt Abbie, that their mom is playing a funny game where she has to use a four letter word at the beginning and at the end of all her sentences.

That is when we book a vacation and tell her to get on the next flight to a place where the sun shines, or anywhere south of southeastern Michigan.  We look for the best airfares to get her and her brood to a place we can meet her. 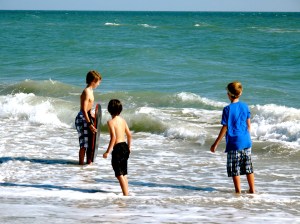 We smartened up a long time ago and just moved to where the sun shines.

It is cousin time with a little “Honey Boo-Boo” on the side to make it memorable.

The last trip we made to Myrtle Beach had a little too much “Honey Boo-Boo.”

I am a realist and I not ashamed to say we have a vein of “Honey Boo-Boo” running though us all.

I know already that Myrtle Beach is the “Redneck Riviera” and I am OK with that.  This is an intervention and if my sister can find $30 airfare from Detroit so that my sister and her family can get to a beach then I am able to overlook a lot.

The last trip though…

My sister arrived before we did at the hotel.  I called and asked her how the hotel was.  Her answer was that it was fine…for her.

I thought, my sister thinks I am now a snob?

I teased her and said, “What does that mean?”

She laughed and said, “It is a hotel in Myrtle Beach.  It is just what they are like.  It is fine but you may…NOT…love it.”

I was going to now LOVE this hotel.  I am “Happy Abbie” after all.

There I was in this crusty hotel where I saw critters in the cupboards and I was faking being totally cool with it all, (as best as I can with my animated face and flared nostrils.)

Then the flu, the smell, the slamming, the noise, the dirty foot water all over the carpet and the water dripping from the ceiling.  Remember I am pre-stomach sick, stomach sick and post stomach sick which compounds all my previous complaints.

I wanted to go home, but I didn’t, (probably would have died in the car.).

Flash forward a few years and my sister and her kids in Michigan have successfully done Disney together and the Outerbanks. 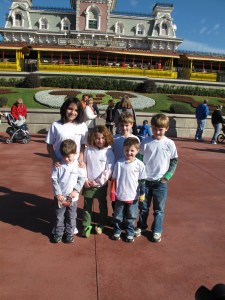 Last week we returned to Myrtle Beach for a golf trip my husband was playing in.

Without my sister and her kids.

I said I would NEVER go back to Myrtle Beach.

I decided I am a North-Carolina-beach-house-kind-a-girl.

I WAS a snob after all!

Perhaps, it is my age.

Why would I want to leave home and stay somewhere less comfortable?

Why would I want to share a beach with anyone other than the folks riding their horses for me to gaze upon?

We really love the rental homes in Emerald Isle, North Carolina.  Here is one of my favorites we shared with some friends. 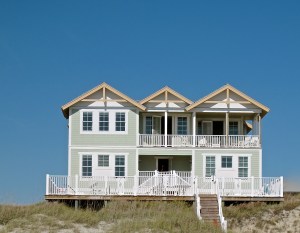 Then this weekend friends from down here said, “No, you should stay in NORTH Myrtle Beach.  Stay at The North Beach Plantation.”

We booked a suite there and can I tell you…AMAZING, AMAZING, AMAZING!
You know our boys.The in-a-creek-with-a-net, Tom-Sawyer-meets-Call-of-the-Wildman boys.Well, there is a little inlet next to the hotel about ankle deep to knee deep. 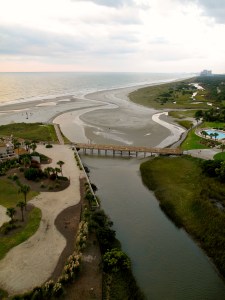 There are blue crabs to catch. 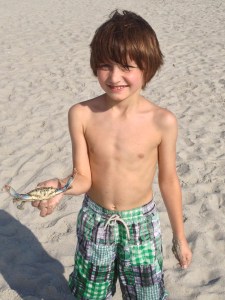 There are pools to swim in that were rated the best pool deck in North America. 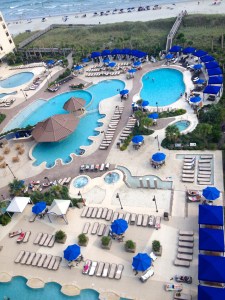 There is a pool bar for the kiddies to get smoothies, (and the grown-ups too.) 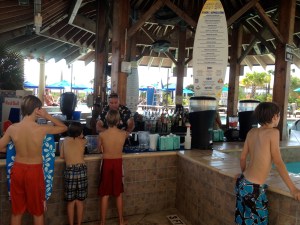 There are little white carts to get you around the property. 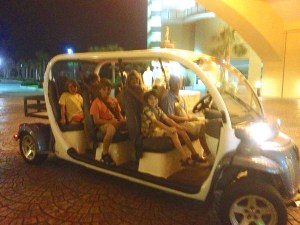 There are rooms like this which knocked our socks off.

I sent my sister in Michigan a picture of our suite’s beautiful door because it had a DOORBELL!  No metal guillotine exterior door hungry for little boy fingers, at the North Beach Plantation. 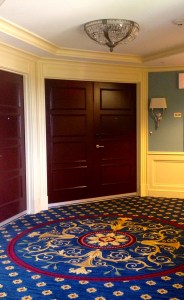 My sister in Michigan couldn’t join us for this trip to the beach.

Being a good sister, I made sure she could live through my photos of what I was doing at the beach.

So I sent this picture of the the cocktail I was having by the pool. 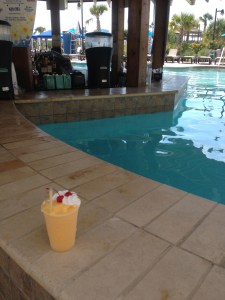 She sent this picture back to me of her in her hospital gown. 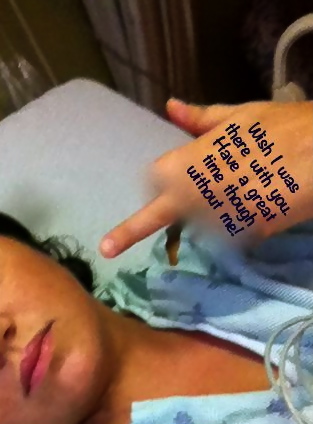 OK, I added the blur and the words. I know it is what is in her heart. 😉

No, she isn’t in the psych ward silly!  It is only October!  She doesn’t go crazy until about February.

She had some “elective correction” surgery and had complications.  I was trying to pick up her spirits.

After I received the picture of her flipping me the bird I decided to send her flowers.

So I am now sending “get well” and “I’m sorry” flowers.

I call “my guy” that I have never met in person but whom I feel has helped me fold my underwear.   Your florist is like your gynecologist.  They eventually get to know more about you than anyone you aren’t sleeping with should know.

His name is Gary and from his voice on the phone I am pretty sure he gargles with whiskey and inhales cigarettes instead of oxygen.  I tell him my sister is in the hospital and I need to send her a BIG bouquet because I went to the beach without her, while she was in Michigan, and in the hospital sick, (which is worse, right?)

The moment I hang up I realize if the bouquet is too over the top she will read into the flowers and be convinced she must be dying.  Just because my husband is a doctor people think I am clairvoyant.

I call back “Gary the Florist” and I am sure he was either at the track or playing poker and I tell him, “No funeral flowers in that bouquet for my sister, kk?”

He already has a laundry list of flowers he knows I do not like in bouquets I send.  I am sure this is sending him into a tailspin.

I say, “It needs to be cheery.  It needs to scream…YOU’RE…NOT…DYING!”

He thinks quickly, “OK, so gerber daisies and pink roses?”

My mom’s favorite flower was a pink rose.  There was my sister in the same hospital my mom died after complications from a simple surgery in her thirties, just like my sister had had.

I sent my mom pink roses when she was in surgery and before she became sick.

“No pink roses.  No funeral lilies.  You can use all those happy and cheesy flowers I have told you, you can’t use.  Just on this one.  It just needs to scream YOU’RE OK!”

I get a grumbled, “Alright.”

Then I ask him to tuck $5.00 in three cards and hide them in the bouquet for my nieces and nephew to go get candy from the gift shop.

I have never even seen one of the bouquets I have sent from Gary.  He doesn’t have a shop.  People always go crazy for what he delivers.

I asked her if it screamed, “YOU’RE NOT DYING!” and she laughed and said yes.

Then she sent me a picture of it… 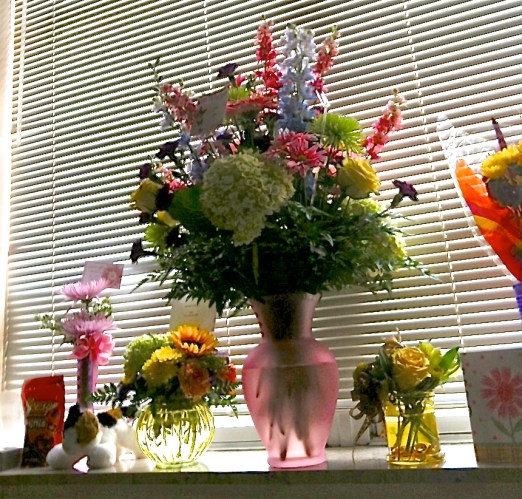 I only noticed the carnations.  Funeral flowers are more elegant.

It’s all ok though because she went home a few days later and we got to go to the beach.

But next time… she is going with me to North Beach Plantation.  She is my entertainment and I want her to see the “other” side of Myrtle Beach…NORTH Myrtle Beach.

*Contact me if you would be interested a review.   I was not compensated by North Beach Plantation, even though they made me feel like I was.  😉