Six years ago we moved into the home we live in now.  Peter was one and I was so worried he would wake up confused and looking for us and fall down one of the staircases.

One would think that by the third child I would have been less concerned and wouldn’t be behaving like a first time parent.

Nope, I ordered a safety cover for Peters crib to use for a few months until he was accustomed to the new house.

I put it together stepped back to look at it and, OMWord, I just assembled a cage for my child!

I was mortified at myself.  I tried justifying it when I saw it in the catalog, it was better than a broken arm or leg or worse, right?

In reality, to see it around his bed…it was a cage.

Just as I decided to take it apart and send it back Peter walked in.

He wanted to go in?

I lifted him up and zipped it closed.

He played around full of smiles and then HE UNZIPPED IT! 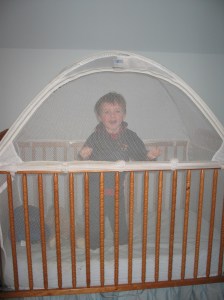 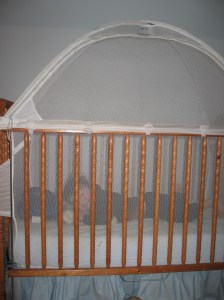 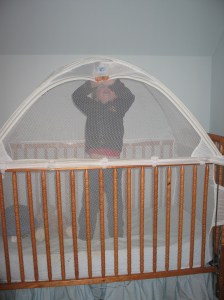 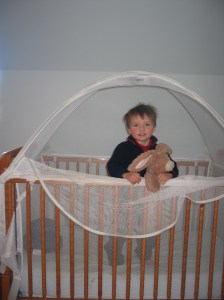 So much for the expensive safety device.

Peter thought we bought him a new fancy “BUBBLE BED!”

So much for returning it.

He went promptly into a twin bed.

This week he is moving again to a larger bed and getting a new room.  It makes me a little sad that my boys are getting so big, but also excited for them.  We are having new carpet put in and all three boys are coming out of their twin beds into larger ones that they can move into their first place, one day.  This makes me VERY sad.  I am going to try and cherish every moment as they just grow up so fast.

I will have pictures of their rooms before and after soon.

Abbie,  All that makes you smile, laugh, think, love, cry or cry laughing.