One step forward for Mom and two steps back for technology. I tied the kitchen cordless phone to its base with twine. It had to be done.  It had to be done mostly to just remind the kids to put it back. They rolled their eyes at me.

They are the cellphone generation that just sets the cell phone down wherever they finish talking.  We have six phones throughout the house and we couldn’t find one!  I am thinking of installing one of those garbage cans with a shoot attached, (like drive-thrus have) and with the shoot opening starting next to their seats in the kitchen.  How could THAT be a bad idea?  I am convinced men have designed everything. 😉 A mom would have had a dishwasher built into the kitchen table and the kids shower would be in the garage.

Don’t you remember the excitement in getting your first cordless phone?  I was a kid and I called everyone to tell them I was talking to them outside.  The giant antennae and the huge handset and the five minutes it stayed charged was all magical.  I would have never thought I would be tying one down to its base some thirty years later. 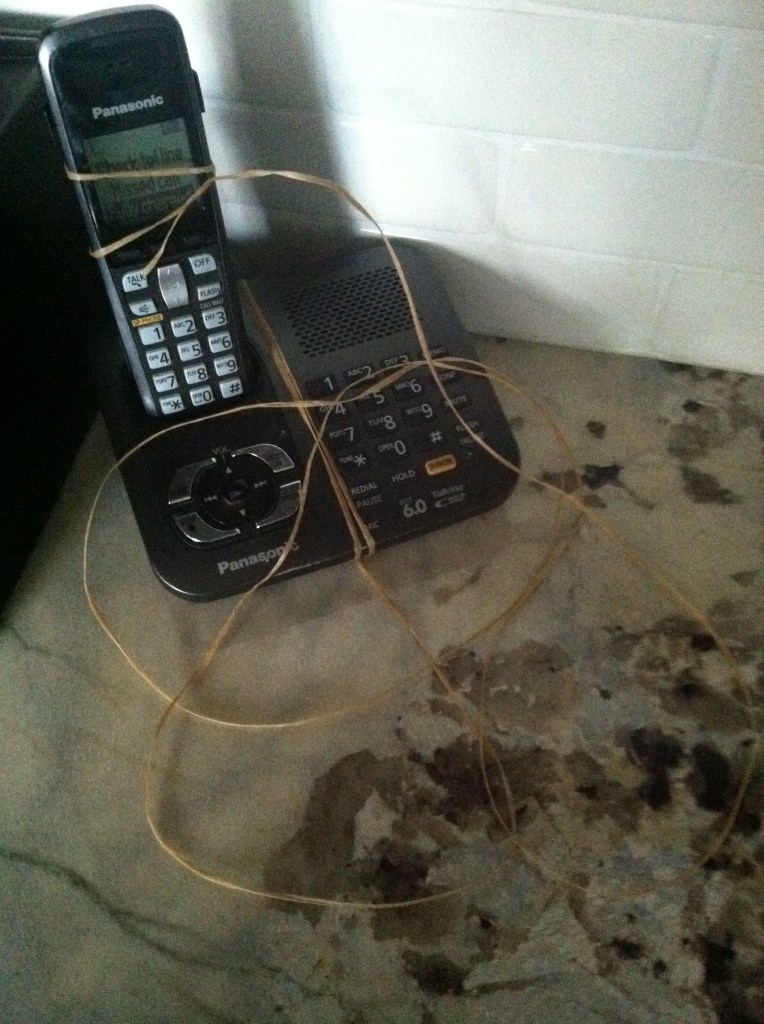