Jim took the older boys on a bike ride while Peter and I were at the grocery store.  The second Jim, Avery and Mitchell came home Peter announced, “Mom got me a new pet!”

Peter told them to follow him to meet it.

Jim and boys walked into our backyard with Peter and Peter ran ahead and he continued  right into the creek…THE CREEK that during certain times of the year is covered in an inch of bright green algae!!!! This was that time of year.  Jim and the boys said Mitchell stopped breathing and could no longer speak he was so upset and Jim shouted, “What are you doing?!!!”as Peter bent over and reached right down under the pond scum with his hand and pulled out his clam!!!

Peter announced, “This is my new pet I saved from people eating at the grocery store!”

Peter replied, “That’s where I left him!” 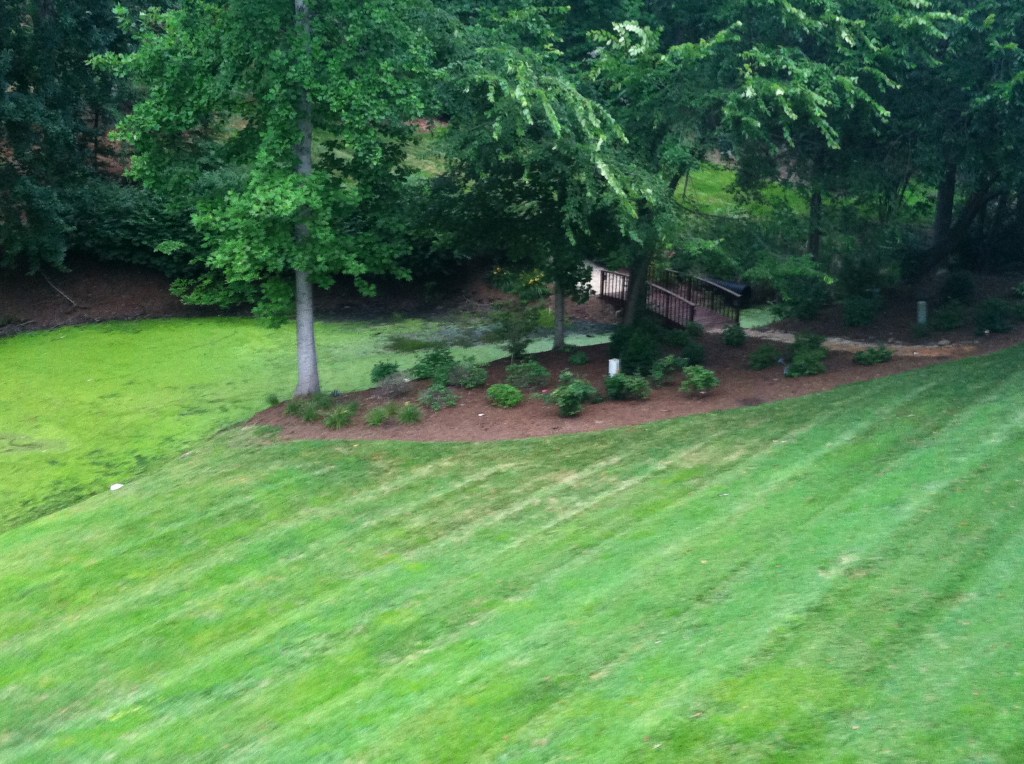 You can see nothing during this algae bloom, despite putting raspberry blue (Jello looking) dye in the pond.  I decided to read them all the flesh eating pond bacteria story I had read that day in the newspaper about the girl who’s arm they may have to cut off.  I cannot yell all day long so I have adopted my mothers parenting tactic…horrific story and let them decide if they still want to do it. 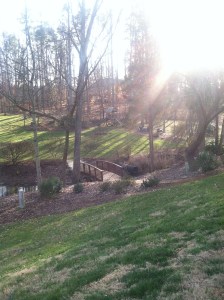 I am beginning to doubt my mothers neighbor boy story who electrocuted himself (dead) at the breakfast table when he fished his bread out of a toaster with a knife.  Every year I’m a mom, my own mom seems a little less crazy. 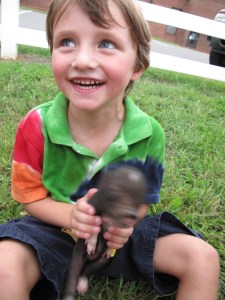 “Please, please mom can we get him?” -Peter 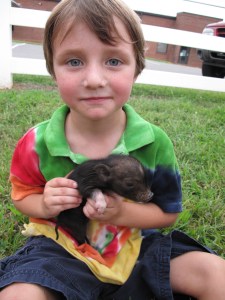 No, because if I said yes we would live in a zoo.” -me

Mr ButcherMan, you know who you are,

Your smiling and looking so amused at offering Peter the little clam he noticed was moving to take home as a pet.  I could still smell that stinker in my Suburban a week later.  Not funny.

If you like this story I’m guessing you will like “Aren’t you glad you only had to do that twice to get three kids?” that I posted in February.  I am super new to sharing my writing.  Follow me as I am trying to give something that is a fast read that makes you smile, laugh, think, love cry or cry laughing everyday.  Hope that you will check in and see what we are up to while you are waiting in the school drop off/pick up line or on the side of a practice field or after you read the news and you need something to relate to that makes you smile.