I was pulling out of my driveway yesterday when I saw one of our yard guys running up the hill from the backyard.  He was screaming and waving his arms for my attention.

I stopped and rolled down my window.  This man was a mess.  He was out of breath and talking fast and I am nearly certain I could see his heart beating through his shirt.

He came running up at me like he was getting away from a gunman.

“SNAKE!!!!”  He was yelling it in the voice and mannerism of a fourteen-year-old girl.

He interrupted me and said, “It’s a big one! Ahhhhhh!!!  It’s the biggest snake I have ever seen!”  He is still running at me.

I cannot help it.  I am smiling and pulling my eyebrows down, (the best you can with a wee-bit of Botox) but my nostrils flaring was giving my laughter away.

He now feels like he has gotten away from the big bad snake and is running in front of my suburban across my driveway with a high step as if he had just made a touchdown.

He runs over to my side of the car and yells, “It’s out back!  It’s the biggest, (he has his arms stretched out as far as they will go) snake I have ever seen!”

I tell him that it isn’t real and that my kids leave it around to scare each other and us and he wasn’t the intended person, (but anyone will do.) 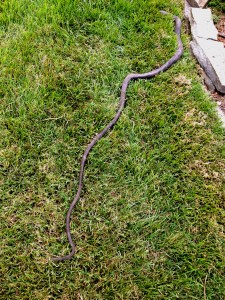 He threw himself on his back and rolled around screaming and laughing.

I continued into the road smiling again wondering how long before he realized he was rolling around where our dog does her “business.”

Can you send your lawn guy flowers?

I think he has had a bad day.

All that makes you smile, laugh, think, love, cry or cry laughing. 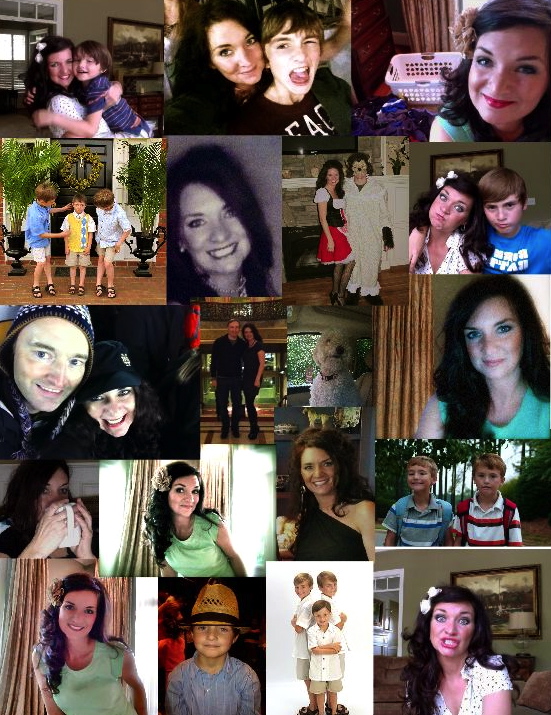