We are shuffling the kids around to new bedrooms.

This means a new bathroom for our Peter who just turned eight. 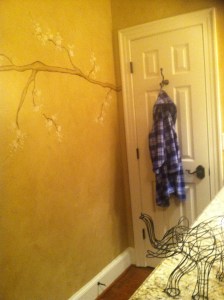 He has never had his own bathroom and has taken to having baths in the middle of the day in “his” bathroom.

He keeps his bathrobe on the hook behind the door.  This is very cute.

He is like a little Hugh Heffner except that he wears a fleece plaid Calvin Klein robe.

He is now using, what was, the guest bath.  We get a lot of family and friends that come to visit us.  I like them to feel at home.  I put candy and snacks in a basket in their room so they don’t have to travel to the kitchen if they have a craving.  I keep bottled water for them in the mini-fridge and extra toothbrushes and toiletries in case they forgot something in the bathroom.

I have been so wrapped up in reorganizing the new closets I forgot to move the “guest supplies” out of Peter’s new bathroom and into the new guest bathroom, in the basement.

I wandered into Peter’s new bathroom and it looks like he has been exploring his new space.

Note the shower-cap opened and used, the Estee Lauder face wash, the empty toothbrush box and he still opened a “Whisp.”  I am certain he never brushed his teeth with either. 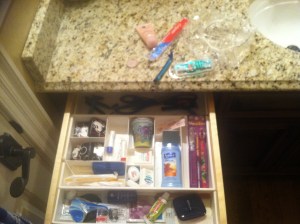 Then I look over to the other side of the sink and I see a tampon wrapper??? 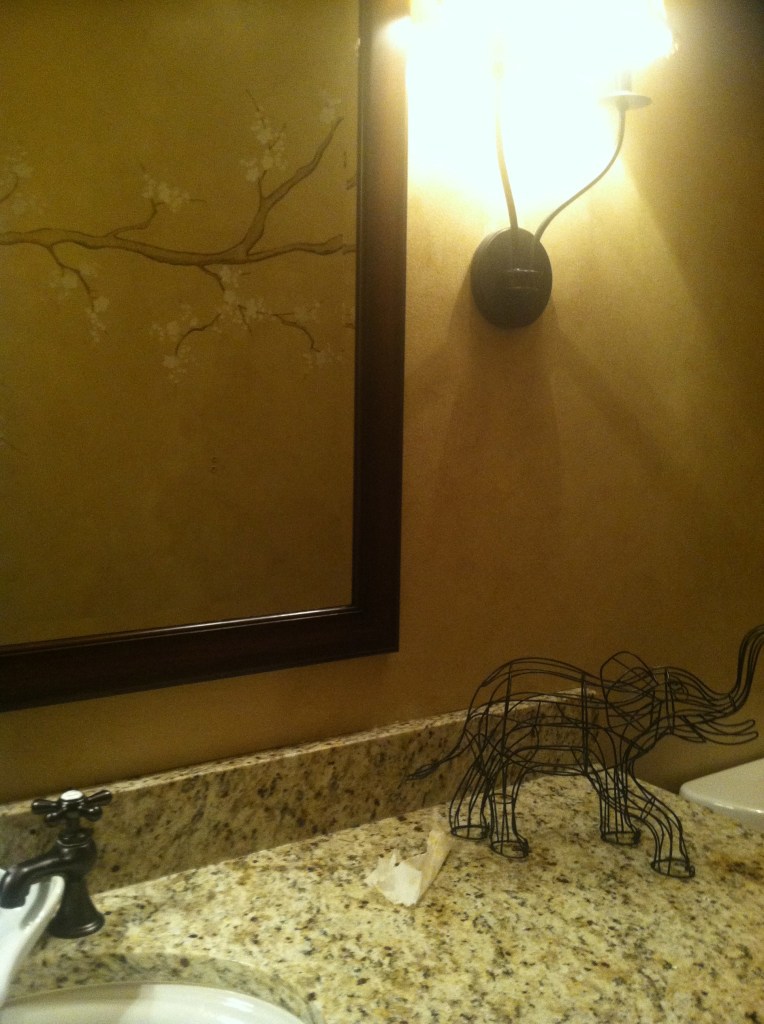 For the record, I have all boys and not one man in my house has ever seen a feminine product.  Hidden.  No boxes on the back of the toilet.  None on the counters.  Hidden.

He has NO IDEA what that would have been about.

I looked everywhere.  No razor-blade and no tampon.

I send the pictures to all my neighbors.  I tell them if they find a razor and a tampon…do not be alarmed.

One of the husbands on our street sent me a text back and announced he is blocking me.  Something about interrupting his golf game at Pinehurst #2.

I told him that was fine if he blocked me.  When his wife comes back from Sweden and he can’t explain the tampon and razor blade on his swingset I will be laughing.  Serves him right to not be able to sleep wondering what kind of freaks used their play set while they were visiting Ikea-Land and Golf-Heaven.  Go ahead, block me.

I am pretty sure another neighbor husband blocked me a couple weeks ago when I asked him for a couple dead bodies for two hours to foil a friends home inspection so she couldn’t move.  He has access, don’t ask.  It was a joke, (but I would have totally put them in the crawl space if he saw the greater good.)

You are far better knowing what I am up to if you live on my street than not.