If I knew I needed to change something  about myself, and luckily I don’t as every year I get more perfect(ly imperfect) I know I would realize my flaw on or around January 20th.

Knowing myself, I would “shelf” my personal “remodel” until January 1, of the next year because that is when we are supposed to.

I am very self aware and am positive I would forget my planned resolution and then not ever improve my person.

That doesn’t mean I don’t learn a lesson here or there.

I learned a big lesson in 2012 and I want to share it with you in hopes that you might learn from my own opportunities lost.

That’s right.  Opportunities to go monkey hunting, practically in your backyard ,do not come by very often.

Sadly, I let my once in a lifetime opportunity pass me by.

I let the chance to set up a monkey hunting base in our yard for my boys to track the sightings pass me by because I was an hour away in the mountains on a trip with the family.

I thought staying in the cabin was the right thing to do despite my gut telling me to throw everyone back into the suburban and buy a case of beef jerky on the way home to sustain us until our new adventure was over.

I have lived with regret since last summer after hearing there was a top secret lab that does animal testing just a few miles from our home, and that one of their “subjects” had escaped. 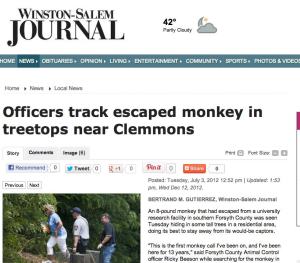 It was all over the news.  It was news that I actually wanted to keep up with.  It was my kids “moon landing.”  It was what we Googled on our phones to see if they found him yet.

The mountains have been there for millions of years and this monkey running wild in the trees would only be there until someone caught it.

It should have been us. 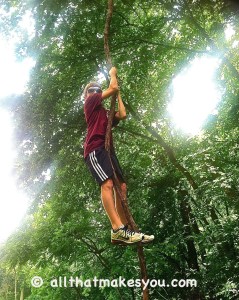 I have three boys that think they are Tom Sawyer, Huck Finn and Turtle Man.  We could have totally found the monkey and named him a real name instead of a number.   We could have secretly kept him in our mini zoo that we are already running. 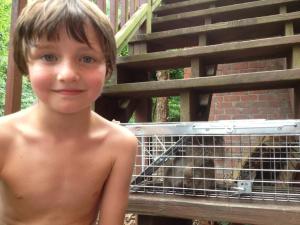 Here is Peter with the squirrel he caught in 45 minutes (and released just after picture.)

We could have been like the family that admitted years later that they staged all the Bigfoot pictures.  But we could have had a REAL monkey to love and diaper and take Instagram pictures of under an alias and have hundreds of thousands of followers because Maynerd is such a ham. 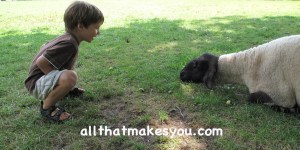 He was our pet monkey we rescued from the big evil testing lab.

Which do you think my kids would have remember twenty years from now?

Would they remembered another trip to the mountains or would they have remembered how awesome their mom was that she hung maps with pins of where the monkey has been seen, let them stay up past their bedtime shining lights into the trees and singing, “Hey, Hey We’re the Monkeys” with a banana on a string? 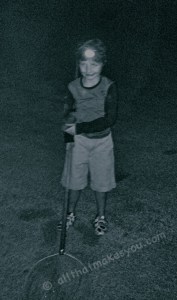 Wouldn’t they have just found it sweet that I even wanted to go monkey hunting? 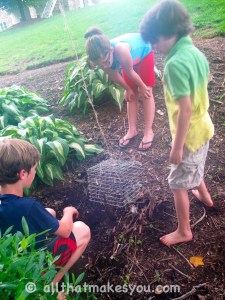 Seizing the opportunity to do something that silly would have been a family story for years to come, whether we were successful or not and chances are we wouldn’t have been.

But instead we stayed and all I remember of the trip was talking about the monkey, the monkey we didn’t go after.

2013  and beyond, hear me now and believe me when I say if anything else runs away within walking distance of our home, (and it cannot eat us) we will come after you with a vengeance in the name of Maynard the macaque. 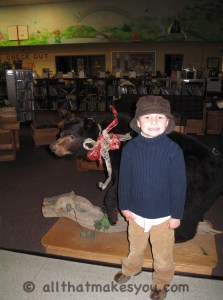 Like and subscribe to my Facebook page: All That Makes You
Twitter @allthatmakesyou
Email me at: allthatmakesyousmile@gmail.com
PS If you are a publisher or producer email me and I will give you my phone number. If you are Child Protective Services email me and I will give you the phone number of someone I don’t like. If you want to come and help me fold clothes and put them away I will give you my address and a big kiss.
You might enjoy these stories and they prove we could have TOTALLY given that monkey a run for his money.
1.Signs You May Be Raising Huck Finn, Tom Sawyer or a Mark Twain Character
2.An Update With Nothing Dead to Report