I have to share this super exciting thing that happened about a week ago. I share this because I realize this is probably as far as my very exciting story is going to go. As usual, my frontal lobe is defective and I ramble things off that perhaps I shouldn’t, even to television producers!

As some of my regular readers know I have been busy updating all three of our boys rooms. I had the phone practically in my hand for about a week straight talking to carpet people, painters, and furniture salesperson. I kept measuring and they kept calling me back with info and prices and since nearly all of these contacts were local I was shocked when, while the phone was in my hand, the caller ID said…

Who calls me from Los Angeles, California? I might get Temecula or some other former goat town in California but Los Angeles proper?

Pleasant young woman, “May I speak to Abbie… Ssss….how do you pronounce the last name?”

Who am I talking to I wonder? This is the kindest bill collector I have ever spoken with. I’m kidding!

I have instant heart palpitations. Spontaneous combustion is occurring from my ears up and my kids are erupting into what I can tell already is going to morph into World War III in the kitchen below me.

I move into a spare bathroom on the second floor in hopes she cannot hear my boys and in hopes my boys don’t find me.

I am going to sound cool, sound cool. Bethenny, in my world and my head is AMAZING. I get her. We had similar childhoods. I understand her abrasive, at times, personality and I know that it comes from having to be her own parent and knowing how to “talk like a man.” I get her need to show people she is worth something and has value and her desire to have a family of her own, to do it right. I understand her drive and let me try to say this without sounding nuts, (like I would think anyone else saying this about someone they have never MET) I think she is all that with a side of chips.

When hearing about Bethenny’s new talk show I checked it out online and they were advertising an upcoming show about friendship. They were asking people to submit a letter about any friendship their viewers may have had that was special.

I had just posted my story “Two Broke(n) Girls.” It was perfect timing and so I forwarded it on. The best part, they are going to choose two friends to fly out and be on the show.

Did I think I was going to get chosen?

The same way people fantasize about winning the lottery, I am fantasizing about my girlfriend and I running away to CAL-i-forn-“I”-“A” to meet Bethenny Frankel! Heck, I think ALL of my neighborhood girlfriend peeps would fly out for that!

My hands are shaking!

She says, “Do you mind if I ask you a few questions?”

Me, “Yeah. Sure. No problem.” This was said in a much slower and lower tone than my voice really is. Do I always sound like a pot head when I am trying to NOT sound like me?

“Do you have children?”

What is wrong with me?!!! Really, I had to explain that the 12 year-olds are the twins and not the 7 year-old and one of the 12 year-olds? I am so distracted by the sounds of my boys screaming, “Mom told you not to give me Charlie horse! I’m telling!”

She asks, “And how old are you?

I am now running down the back stairs while I hear my three boys running up the front stairs and fighting like a giant “Fight Club” tumbleweed every step. 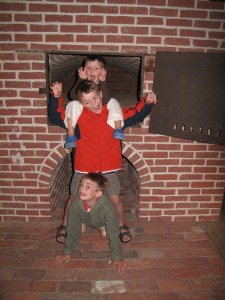 I am in a pair of boxer shorts and a tank top with no bra, a very thin tank top.

She asks, “And your husband’s age?”

I am now running through our garage towards the driveway.

She says, “Awwww, that is so cute. You and your husband are the same age.”

I am now running down my driveway, but really bouncing, in broad daylight, while I hear my boys who were “against” each other have now turned on me.

I hear the boys screaming things like, “WHERE ARE YOU MOM?!”

Another yells, “I see her! She is outside on her stupid phone, walking down the street.”

Here they all come out of the garage and after me…

I say to the nice girl who works for Bethenny Frankel, “Oh yes, not only are we the same age we are born the same week AND with baby Jesus’s birthday right between us.”

I am fully prepared to run onto the golf cart path, barefoot, and with my cell phone, sans bra, and with my husbands underwear on as I realize this is a once in a lifetime chance for…I don’t even know what yet.

She is now laughing instead of chuckling. Thank God.

I am thinking, she doesn’t know me and my sense of humor. You can’t say things like that to someone you don’t REALLY know. What if she is Jewish? What does that have to do with anything? What if she thinks I am a religious freak and I really use the term, “baby Jesus” regularly in my speech?

She says, “Have you read “Fifty Shades of Grey?”

When I submitted the “Two Broke(n) Girls”story they were also chatting on Bethenny’s new site about “Fifty Shades of Grey” and how it has changed their reader’s sex life. I, the ever-present smart ass, replies with my post I had also just written that week called, “Poor Husbands and their Wives’ Naughty Books.”

They weren’t calling about the “Two Broke(n) Girls?”

I answer, “NOOO! I can’t read it because my dad will read it first on his Kindle and then he will want to have a book club discussion and I am not discussing a mom porn book with my dad and I cannot borrow a girlfriends hard copy because, well… I don’t know where it has been and what if a page is sticky? My mind would make it into something worse when it was probably just candy hands. Frankly, I feel like I have already read the book since all my naughty girlfriends are giving me the “blow-by-blow” of the three books…”

That is how I talk. Commas do not enter into my speech and my frontal lobe, which is supposed to filter what we say, has apparently completely stopped working.

She is chuckling again, “Yeah, I just wanted to call and see if you had read it yet.”

I say, “Crap, I was hoping you were calling about my post about friendship and the reference letter I wrote to my BFF’s new neighbors when they meet her and decide they hate her at first, (like I did) and why they should give her a second chance. It is honestly funnier than my “Fifty Shades of Grey” post.”

Did I just try to give someone advice on what to put on their talk show? Did I just hint that my “Grey” post wasn’t good?

OH-MY-WORD! What if I get invited to be on a show about the “naughty book?” If I don’t get banned from my kids southern schools for my post about the gay marriage vote in my home state of North Carolina I will FO SHO get shunned if I go on a talk show about a sex and bondage book.

Sign me up as I am sure this means they won’t ask me to come in and be a “scissor mom” or count “Box Tops” for the school PTO after that!

We talked for a few more minutes while I continued to ignore my kids chasing me down the street shouting things like, “ARE YOU TELLING DAD ON US?!” and, “WHO ARE YOU TALKING TO?!” and, “YOU SAID YOU WOULD GROUND HIM IF HE PUNCHED ME IN THE SHOULDER AGAIN!” and, “I WANNA TALK TO DAD!”

She told me she, “liked my energy” and I continued to try to act cool, like talk shows call me regularly. I may have said my group of girlfriends were, “The Real Housewives of North Carolina.”

Yep, I did and collectively between that and the other things that slipped past my lips and the three screaming banshees that followed me everywhere, I realize I will probably never hear from that nice girl again.

I have had so much fun telling my girlfriends the story that it is (ALMOST) just as good.

Follow me or start hammer tweeting (here) Bethenny Frankel or post on her FaceBook wall (here) or comment (here) on Pinterest, (I will send you an invitation if you aren’t on even he, he) to give Abbie at “All that makes you…” a second chance because surely I have enough stories for my own show. I have “dirty” school noodle art. 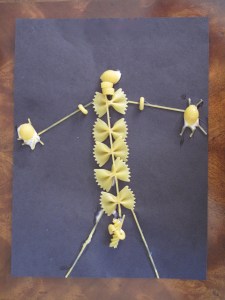 Oooooo…Bethenny could bring in that British Nanny to make my kids stop calling my phone and computer and blog “STUPID.” I think a shock collar and remote I keep in my pocket would work. They say “stupid” and I say PAVLOV’S DOGS! For Pete’s sake people I am kidding! I just did it again! I just told the “Nanny Show” how to do their job.

-Abbie, and I hope we can share all that makes you smile, laugh, think, love, cry and cry laughing. allthatmakesyou.com